This report was to be about the 2012 New York City Marathon. How I came back after a year hiatus and had a superb race. Last year I was not able to race due to a torn meniscus (rehab and recovery took about 5 months). NYC marathon on November 4th was not to be that day. Due to Tropical Storm Sandy the NYC/NJ area was devastated by the storm, namely Staten Island where the NYC marathon starts. Thousands of area residents were left homeless and without power with a number of casualties. At that expense and tragedy the race was obviously cancelled, a call that was made way to late by race and city officials.

Anh and I did our part in the recovery efforts with donations and the like, runners also did their part on Staten Island and all over.

In times of such catastrophic and tragic events New Yorkers always come together and assist whichever way they can.

Heading into this years New York City marathon I felt that I had peaked for the race and was on the road to having an awesome day. I was determined to not allow my marathon fitness and training go to waste and was keen on finding an alternative. I took to twitter and marathon sites such as Marathon Guide and Running in the USA. The race would have to be in the Northeast and  not an overwhelming expense. One of my twitter friends suggested the Harrisburg Marathon. 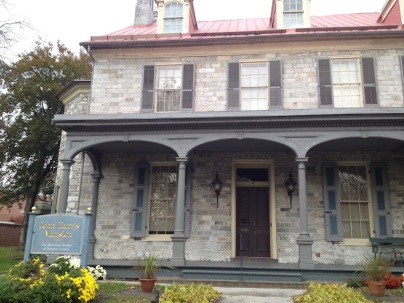 Harrisburg was perfect. It was a 3  and 1/2 hour commute from the city via Amtrak and hotels and the race start were close in proximity to each other. Logistics were perfect. Being a small race we were lucky that hotels were still available. We booked all the necessities and planned accordingly.

Most reviews I read about the Harrisburg marathon said that the course was fast and flat. So I eagerly anticipated a fast day and possible personal best. On the Harrisburg Marathon website there wasn’t an elevation map with such details.

A drawback from a small race is the lack of adequate resources. Aid stations were going to be at least 2-3 miles apart. Carrying my fuel belt would be mandatory. During marathons I try to be as minimalist as possible but being a bigger runner my sweat and caloric intake is much higher so I couldn’t afford to abandon my fuel belt.

The first half of the course was relatively flat as mentioned. My splits were evident. Unfortunately a fact that I either missed or overlooked were the challenging trails heading into mile 18. There were a few rollers with steep ascents and descents for a few miles. This immediately had an impact on my race goals. No longer was I looking at a sub 3:20 finish time. Goal B, C was the objective at hand. At this point I would be content with a 3:30. The course also has some areas with loose gravel where caution should be used. Some runners opted for the side grassy areas only to find that it’s unevenness was worse. If I am able to do this race a second time, the woodland trails will be more appreciated but because I aimed for a PR they were seen as an obstacle today.

I kept taking in salt tablets at every hour from thirty minutes into racing, I also hydrated adequately with sports drink from the course (cytomax and gatorade) and my Gatorade from the fuel belt. I chipped away at the hills while keeping my strides short to evade any cramping. This strategy held on perfectly.

The last 6 miles of the course is FLAT. If coming into the race I was better educated and aware of this fact maybe the outcome would have been different. But with a 26.2 mile race, being flat, favorable or not, it is 26.2 miles and the outcome is not predictable.

I was able to push through like I always do, I had to keep my head down while pushing through to deter distractions and finished as strong as I could. The thought of Miles (our 6 week old son) and my wonderful and always supporting wife, Anh, kept me persevering and digging deeper to the finish.

I would definitely come back to participate in the Harrisburg Marathon again sometime in the future. The course is scenic and the people of Harrisburg and the organization are wonderful and very hospitable. Watching runners in the overhead bridges and running next to the water was breathtaking. The fall foliage added to picturesque Harrisburg.

Hopefully with the continued growth of this race more merchants will be open for business on race weekend. Also a sports vendor at the packet pickup would be welcome. Dick’s sporting Goods – a sponsor should have had a presence there.

Props to the organizers, residents and volunteers for welcoming with open arms would be 2012 New York City marathoners like myself. 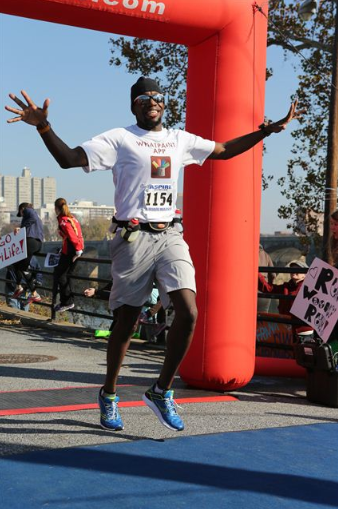 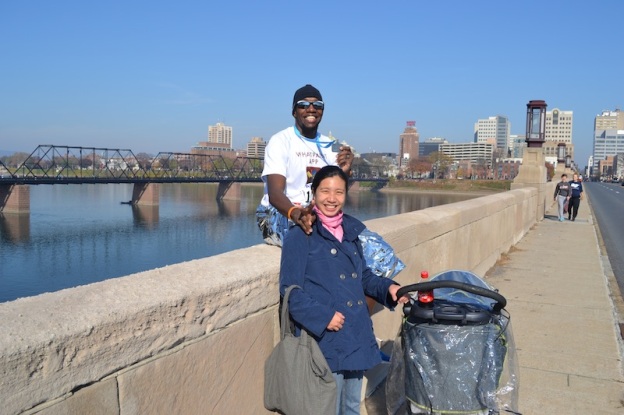 Last day of school 🏫 🙌🏾….summer 🏖
Let’s #goachilles #nyrr
Today was our baby girl’s 👧🏻 big day….so proud of her performance and all the other dancers from @jrds_dream_team 🎭 🩰
Psyched about my first Velodrome experience. 🙌🏾 💨 #kissenavelodrome #velodrome #scottplasma
Today I did my first Velodrome bike ride ever! I choose to do an hour Time Trial holding a moderate effort on the Kissena Velodrome (Flushing, Queens, New York - built in 1963, renovated in 2004) riding my Triathlon bike.
My baby in his first Acting 🎭 role. 🎥 Annie featuring Miles Phan as Lieutenant Ward.