This week being in Malmo which is close to Copenhagen we decided to venture to Denmark’s city for some sightseeing. One of the quickest ways to explore a city is a tour. In Copenhagen with all the waterfront’s historical sites we choose a boat tour as the obvious path – hands down one of the best ways to see all of Copenhagen’s harbor.

Close to the conclusion of the tour, the guide mentioned to us that there would be a 2K swim race on Saturday. Oh yeah! Sign me up!

After some decision making to see if its feasible with our schedule I signed up. Anh didn’t have a wetsuit so we weren’t able to do it together. This would have been great if we were able to partake in the Christiansborg Rundt together especially with two Grandparents to take care of the kids. Christiansborg Rundt literally means swim around Chrsitiansborg in Danish. The 2K swim is around the buildings of parliament which includes the Christiansborg Slot or Castle. A castle that apparently burned down twice in its history.

The swim is an all day event which consists of over 12000 participants of all abilities. At the time of registration I was able to sign up for heat 42 at 2:40pm as earlier slots were already taken. However the time was perfect for a vacationer. With such a historic swim and this being my first Christiansborg Rundt by no means would it be a race. It would be 2000 meters of swim sightseeing fun.

Copenhagen’s harbor has been slated as being one of the cleanest, contrary I have done some swimming in New York’s Hudson River so any cleaner venue is welcomed.

The Christiansborg Rundt route is walkable for spectators so Anh, Miles and Norah (in stroller) were able to maneuver around easily catching me in quite a few spots along the way. I stopped waved to them and Anh took a few videos and photos.

I’m very glad I was able participate in the Christiansborg Rundt 2000 meter swim.

The water was a bit chilly but perfect for wetsuit swimming at 19C. I opted to use my tinted goggles. In retrospect I could have used my mirrored pair as heading pass the 1000 meter mark the sun’s glare was a distraction with sighting. There were meter markers at 600, 800, 1000, 1800 respectively.

An event I would recommend for anyone who is around in this time frame of the event ~ August 26th or participated in IRONMAN Kalmar like I did or Copenhagen.

After the Christiansborg Rundt we walked over to Copenhagen Street food. 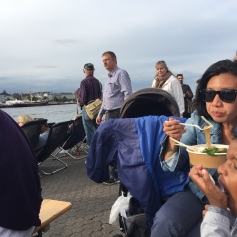 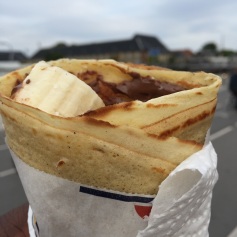 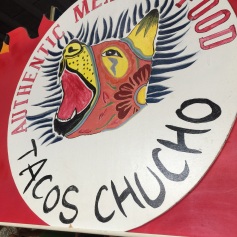 In a virtual world 🌎 what can one do but collect virtual badges 🏅. Stay inspired! @gozwift #ironman #everesting #hauteroute
So I take it you will fill all my rings ⭕️ automatically today? Advance appreciation 🙏🏽
Objective-C “To do list” app video is up. youtube.com/alexpaulnyc #xcode #ios
Part 2 of Introduction to Objective-C is up https://youtu.be/kCPcS5RG6p8
Pre-Valentine’s Day ❤️ couples run 🏃🏻‍♀️ 🏃🏾‍♂️ and a frozen Meadow lake. Yes it’s February in New York. 🥶 🧊
@gozwift thanks for the continued escape and keeping us sane during every sort of unfortunate life event. https://alexpaul.dev/2021/02/12/2021-tour-de-zwift-is-a-wrap/