My goal for the NJ Marathon was to break 3:20. Given the flat course and racing weather, conditions were perfect. Race strategy was to run the first half in 1:40 and negative split the second half. When I signed up for NJM I was still recovering from my knee surgery and seeded myself in a conservative 3:40 start corral. Starting back in corral B may have presented a bigger hurdle than I initially thought. Passing runners and settling into a rhythm took more effort than I wanted to at such an early point in the race. Not sure what it was but I got a side stitch early on at about mile 2 of the race. I have been able to run through those in training before and also was able to for the next 3 miles or so when it subsided.

Nutrition plan was perfect. I kept taking fluids in at every aid station and drinks from my fuel belt. I also took 3 meta salt tablets every hour during the race. I carried 4 gels but didn’t take any as I was using EFS shots instead with water. EFS products have such a high level of electrolytes in comparison to gels that this was a better option for me given my sweat rate.

Anh saw me off at the start and I was also able to see her at mile 2 before she took the shuttle to the finish.

Pass mile 13.1 I began to feel really energized, especially after a quick pee break. I was able to take more nutrition and let loose. For some reason I felt that this new found boost of energy was a reason to push the pace. For the next 3 miles I was flying on the course. Picking off and passing runners like it was a 10K. This careless maneuver would haunt me later in the race.

About mile 21 my pace had to be curbed due to chest pains. I have discussed those pains with my cardiologist before. After stress tests and wearing a holter monitor at home, he concluded that those are a result of muscle fatigue. Regardless I would not take any chances given the stories and statistics in endurance sports. I slowed by pace down to about a 8ish minute / mile., kept taking in fluids and monitoring my body for the next 5 miles to the finish.

Given the nature of the course being flat and beautiful racing weather, cramps were not an issue for me.

Anh was waiting for me at the finish with the most welcoming smile I could wish for.

All in all a great day of racing in New Jersey. 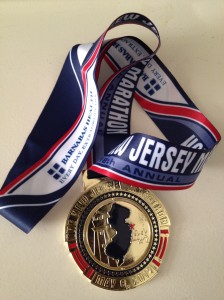 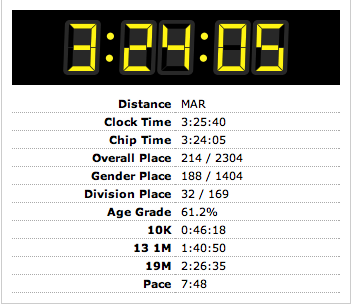 Lunar activities at City Point, Brooklyn.🧧🐇
Thanks @artsquestglass , our little angel was so excited to get the glass ornament she made just before we mulch our tree 🌲 this weekend.
From my family to yours, wishing you all a Happy New Year. 2022 Year in Review can be found in my bio. Here’s to making 2023 special as is possible. ❤️ 💥
Blessed our little fella is recovering so well. So strong. So tough. So resilient. So much love ❤️. A sister. A brother. A father. A mother. Life is ever so fragile. Embrace it all while you can.
@nicolinenovels, thanks for for great writing. Kids are loving your books and fully inspired as seen in our daughter’s illustrations. Son is on his 3rd chapter of “Nether Isle”. ❤️ 📚
Our Disney Princess 👑 turned 6. ❤️