With 8 weeks out from IRONMAN Sweden I went in to ACME Bicycle Co. for a professional bike fit. At ACME they use Retul and motion capture in the bike fitting process. Jonathan, the owner of ACME was my scheduled fitter. The entire process was scheduled to be 3 hours so I made sure to fuel before hand. Jon and I had an introductory conversation so we can get a bit on history on me, my racing goals, injuries, issues while riding and so on.

The first mistake that could have been painful with my old bike fit was the fact that my saddle was way too low. Yet I was able to ride it in that position for an 85 miler. Hopefully there wasn’t too much negative adaptation there. 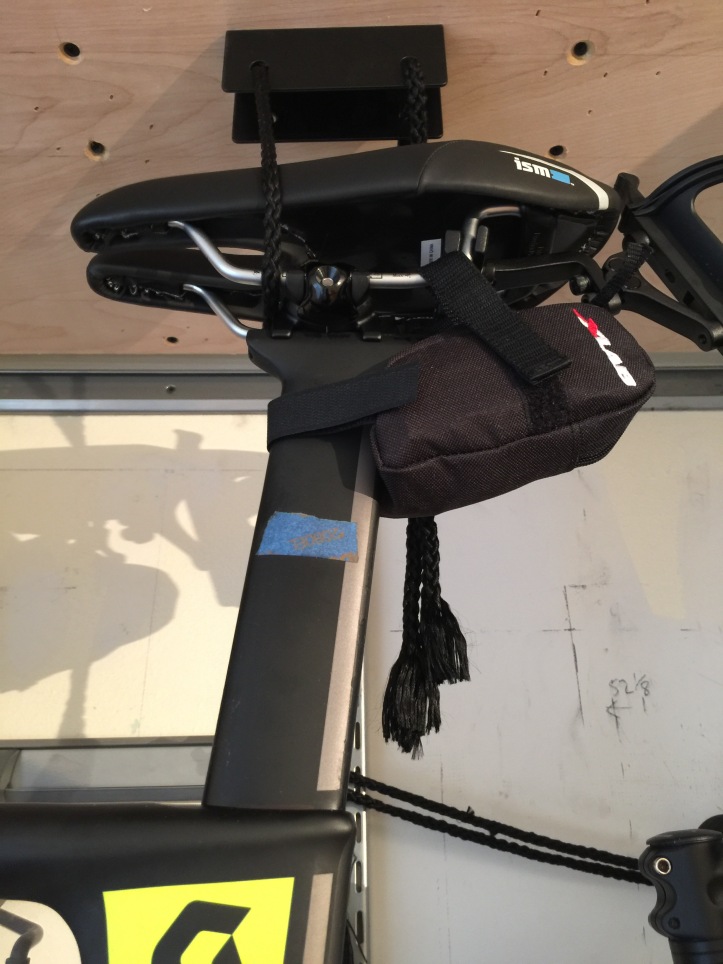 He went on to place me on the mock bike (insert technical name here) then we started off on the journey of testing different positions. In the positions we explored ranged from 0 to 3. 3 being the most aggressive forward position. Positions from saddle height to aero bar length were altered mechanically on the mock bike without the need for manual adjustments. This makes it extremely easier for tweaking. I ended up with position 2A. 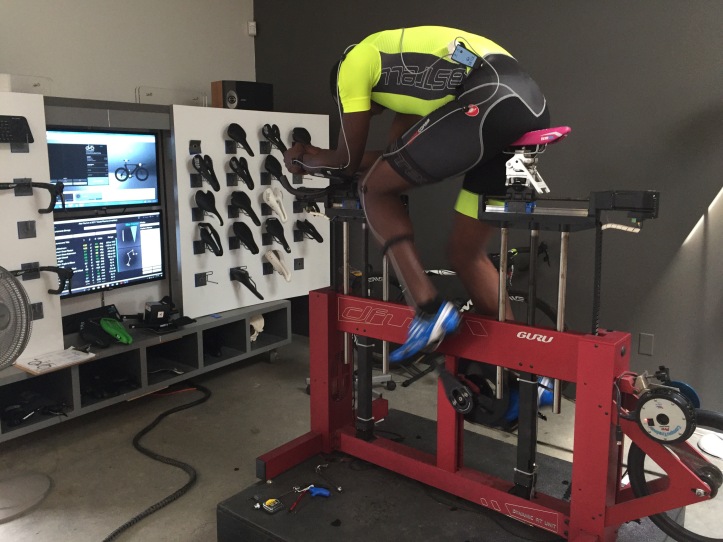 The two bike components that on occasion are recommended or needs changing is the stem and crankset and in my case the bar extensions. However at 175mm my Scott Plasma stock crankset was fine for my long legs. The initial feedback from the various position adjustments was that my aerobar would have to be shimmed up about 40mm. Jon had on hand Profile Design spacers that would do the trick. Any taller then I would have to change the aero bar with a better fitted option. Jon did his magic and the spacers worked. He also flipped the stem to get some increased height. 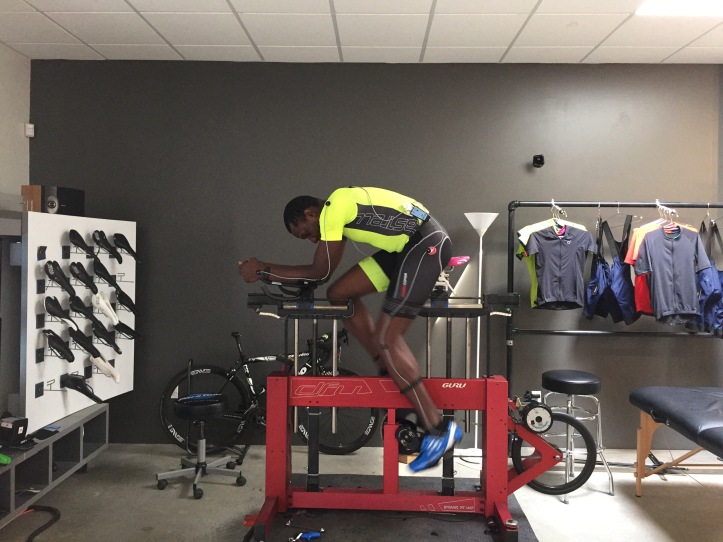 Moving on to flexibility. Did you know that my left leg is longer than my right. You may be to. But yes that’s my case. That fact got reflected in the motion capture numbers. After doing some table exercise flexibility routines, bridges etc. Jon had me walk back and forth to test pronation. He then adjusted my shoe clits to align more parallel in the pedal stroke. Bottom line my flexibility is pretty good which could be why I rode such a short saddle height without injury. 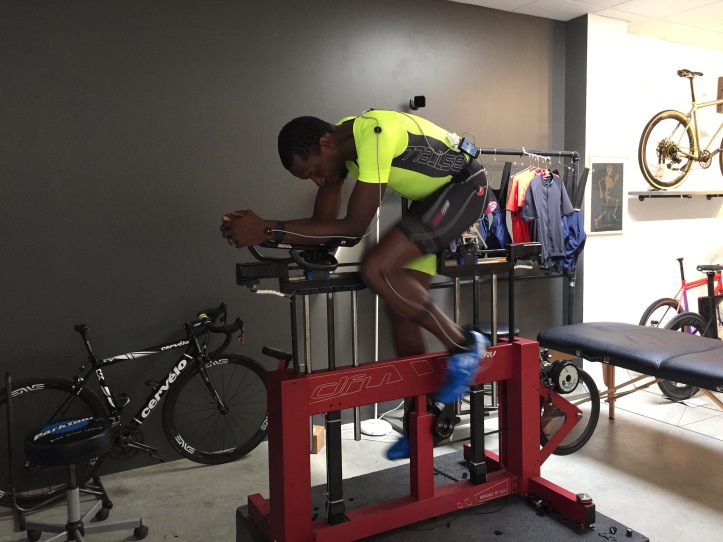 As per reaching on my aero bars. In the future if discomfort arises I may have to get longer ones as mine is 40mm too short. At the moment this isn’t an alarming factor.

After carrying over the mock bike numbers and implementing the changes on my bike I felt higher on the bike and more efficient. Testing over the next few weeks will reveal more in that aspect and any issues that may arise. Hopefully there’s zero. Joe did stress that I shouldn’t go for power workouts immediately with this new setup. Give it a few weeks to break it in per se. My long ride this weekend will have to stay as aerobic and below FTP as possible. This should be straightforward since I was planning to be at 75% average for the century ride. 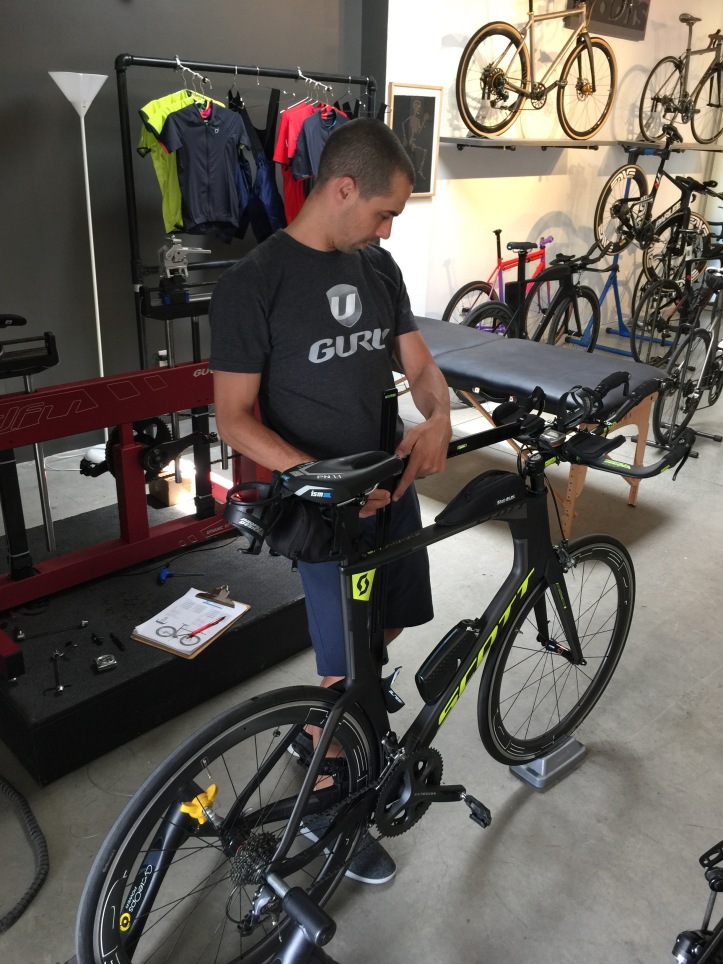 Jonathan himself is also a triathlete so we were able to geek out and I threw some questions his way about packing the bike for the trip etc. He did Lake Placid a few times with a best time of 10:25. He is very thorough and knowledgeable. Included with the fit is a free consultation within 6 weeks if any issue or the like arises.

In conclusion this was by far one of the best if not the best investment I could have made pertaining bike setup and running off the bike. Not an exact science in anyway but Jonathan said I may have gained 75 watts from today’s bike fit. Even if it turns out to be half that number. That will be huge!! 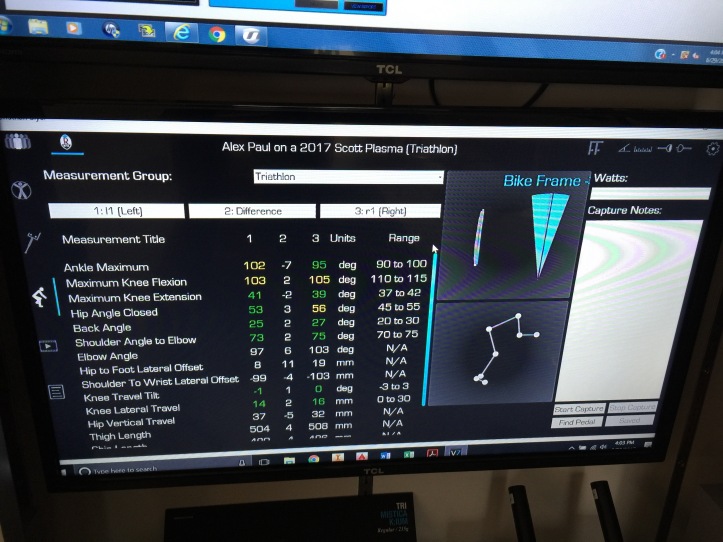 Almost forgot about this little app I created some time ago. @pursuit #ios #corelocation #geolocation #diversityintech
Coding is my daytime job but also a hobby on the weekends. Delving into the #reactjs #webdevelopment world 🌎
💔💔💔 @hiphopfunk it all needs to stop 🛑 #stopasianhate
Very creative day of service at Commonpoint this morning. Blessed and thankful for all who paved ways and continue to for the underrepresented and those in most need.
Blown away with his eye for drawing at this age. Keep it up 👍🏾 my 👦🏽. The world 🌎 is your canvas. #milesphaniPadArt #ipadart
Post morning run 🏃🏾‍♂️ fuel.